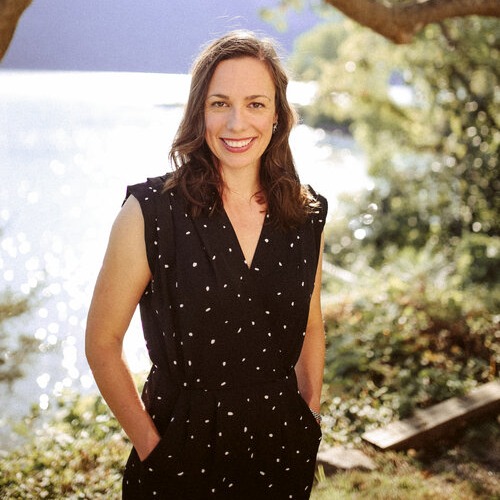 Melinda Wenner Moyer, mother and author of How to Raise Kids Who Aren’t Assh*les, is the first to admit, “Your kids will mortify you, but this will be a teachable moment,” and we love this type of honesty.

Melinda is a pretty special person. She’s an-award-winning contributing editor at Scientific American Magazine(her work has won a total of ELEVEN awards), she writes the weekly Well newsletter for The New York Times, she has an incredible parenting Substack (subscribe here) and her book How to Raise Kids Who Aren’t Assholes (grab a copy here) just won a gold medal in the 2022 Living Now Book Awards.

As part of our mission to build the best app for couples, we reached out to Melinda and asked if she could offer our Couply parents some researched-backed tips and tricks on how to raise the best versions of our kids. We spent an afternoon chatting with her and learned some fantastic, tangible take-aways.

Melinda is down to earth. Her advice is fresh, honest and extremely relatable. As an award-winning journalist she speaks to the ‘every-parent’ and is no way too heady. She’s an advocate for both kids and parents, “Kids are allowed to make mistakes. They will test boundaries and break rules, they have to.’” The goal isn’t to raise angels, but hopefully avoid raising assh*les.

We’re so happy to bring this to all our Couply parents and parents-to-be!

So let’s jump right in. You can watch our conversation below and scroll down to read the interview.

First things first, the dreaded tantrum. What do you do when your kids are losing it at the grocery store or on an airplane?

When your kids are having a tantrum, it’s important to realize that they can’t hear you. Their brain is incapable of taking in words and being rational at this time. Kid brains are totally different from adult brains. Kid freak outs are age appropriate.

The number one priority is to let them have feelings. You can validate their feelings and enforce limits  at the same time by saying something like, “I know you are so mad, but you can’t kick the seat in front of you.” Instill in your child that the feelings themselves are not the problem; everyone has feelings. However, there are limits to what you can do with those feelings.

Generally that’s the approach. Once the kid has calmed down you can have the conversation on how to potentially handle big feelings differently next time.

Where do you find inspiration for teachable moments outside of a tantrum?

Often a parent’s instinct is to avoid talking about big issues such as race, bullying, gender or sex. Parents try to keep their kids innocent. However, the research suggests that the more we engage with our kids on big issues, the better off they are. Kids are generally really good detectives so they will absorb and reflect the culture around them, especially on things not being said.

So speak on the things not being said. I find the best way to do this is to use everyday contexts that show up organically. For example, if we are driving down the road and I see a Black Lives Matter sign I’ll stop and say, “Do you know what that sign means? Have you seen it before?” This can spark a great discussion.

Last summer we were watching the Olympics and the announcer kept calling the female kayakers “girls” instead of “women,” whereas they referred to the male kayakers as men. I literally pressed pause and used that context as a conversation starter about sexism. The opportunities are everywhere.

So I grew up on participation awards and ‘self-fulfilling prophecies,’ which I think we are realizing was not the best way to be encouraged. What are the best practices now for parents to foster their kids' success?

You are spot on. The praises, “You are so smart or you are a natural ballerina,” are not the best ways to encourage our kids. These blanket statements give them the sense that people are born with innate abilities, whereas encouraging effort over success equates to much healthier mindsets. This is something we call a growth mindset.

As a parent it’s hard to see your kids struggle, get frustrated, or fail and what we tend to do is jump in and eliminate that discomfort by finishing the puzzle or doing the homework for them. Unfortunately, kids interpret these actions as a lack of faith in them, which undermines self esteem. So instead of helping (maybe you can do a bit of scaffolding), you can validate their struggle and be supportive of said struggle.

To encourage a growth mindset, parents should focus on praising effort. We want to tie effort to outcome. If your child did well on a math test you can say, “You worked so hard for this grade, great job.”

The message we want to be sending out is that you will experience challenges, but the more you put into something, the more you will get out of it. It’s extremely powerful. I watched my kids blossom by fostering an effort over innate ability mindset.

What is one thing parents are neglecting that they don’t even realize?

Well, parents worry so much about kids being on their phones and will monitor their kids’ screen time diligently. However, parents fail to realize that they are on our phones a lot more than their kids. This is a confusing message.

My kids will say, “Mom can you please put down your phone,” and it shakes me to my core. I think being aware of our screen usage is imperative.

Well thank you so much for sharing your time with us today. We are so appreciative. Are there any parting words you want to leave with our Couply parents?

Being a parent is hard. I wrote a whole book on how to be a good parent and then I make the mistakes that I try to advise people against. Instinctively, we often raise our kids the way we are raised, so be patient with yourself. It’s all a process.

You can order How to Raise Kids Who Aren’t Assh*les here or buy a copy at your local bookstore. It’s a whip-smart, research-backed must-read for the modern parent.